We were so happy to work with CR on this important article! https://www.consumerreports.org/student-loans/new-student-loan-rules/

We were so excited to talk to Anna Sales from DSM again! Here how the CARES Act helps some borrowers – but not others https://www.wnycstudios.org/podcasts/deathsexmoney/episodes/pandemic-student-loans-death-sex-money 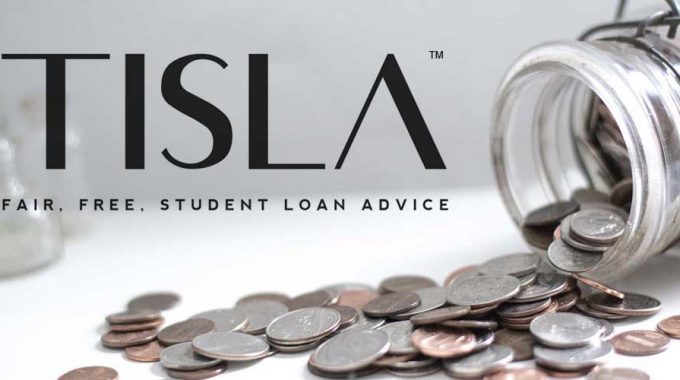 Hello friends. We’ve already seen a few posts about the virus so I thought I’d create one that specifically gave advice on how to manage your loans. We will update it as/if things change. You should also check out our site dedicated to pandemic guidance at www.studentaidpandemic.org

Note this is intended to be an overview. You can find out more about these options on our site.

(Updated May 11, 2020) The CARES Act requires that federal student loans eligible for the waivers be reported to the credit bureaus as if they were in repayment, on time and with payments being made. We are hearing from some borrowers that their credit report is showing their loans in deferment or forbearance rather than in repayment and that their credit scores have dropped. This situation should be resolved within the next few weeks if not sooner.

Loan servicers have a monthly deadline of the 10th for credit bureau reporting, although some report at the end of the prior month. As the CARES Act wasn’t written into law until March 27th, some servicers did not have enough time to reprogram their systems to reflect this new and unique status. Prior to the CARES Act, there was no such thing as a payment postponement or waiver that reflected as an in repayment status on a consumers credit report. We have been assured that the May 10th credit bureau update reflected the correct status, back-dated to March.

If you were denied a loan due to this temporary credit drop, we suggest approaching the lender with your new credit report once it reflects the update. We advise consumers to utilize the primary credit bureau reporting agencies rather than a service that aggregates the data as such services can take longer to update and may have different algorithms.

(Updated April 4, 2020) The administration announced on Friday, March 13th that federally held student loans will cease accruing interest until further notice. The Department of Education clarified on March 20th that this relief is in place for 60 days. On March 25th Congress passed legislation extending the interest waiver until September 30, 2020. Federally held loans include:

You can consolidate your non-federally held Perkins and FFEL loans at www.studentaid.gov to receive the interest benefit as doing so will make them Direct Loans. Keep in mind that doing so will negate any payments you have made towards forgiveness under the income based repayment program. It will also disqualify your Perkins loans from the Perkins specific forgiveness programs.

If you currently have interest that accrued prior to the announcement of this benefit, your payments will first go to this interest until it is paid off before any funds go to principal. This would happen if you are currently on a plan, such as an income based plan, that gives you a payment less than the interest that was accruing on your loans. If your loans are not eligible for the waivers and you cannot afford your payments, see the options below.

Options to Reduce or Postpone Payments

On April 4th, the Department of Education issued guidance giving lenders of non-federally held FFEL loans the option of postponing payments through September 30th, 2020. For non-federally held federal loans (such as FFEL or Perkins), that have not been postponed there are other options if you can no longer afford your payments due to income loss due to the virus:

-apply for an income driven repayment plan. To do this go to your servicers website or studentaid.gov and use your most recent proof of income – such as a pay stub or unemployment benefits. This is generally the best option as even if you end up with a low payment, due to the interest cessation for many loans, all of your payment will go to principal. You can use the loan simulator at studentaid.gov to get an idea what your payment would be under this plan.

-apply for extended or graduated repayment. These plans are not based on income but will lower your monthly payment amount

**Note that you can get an idea of what your monthly payment will be under these plans by using the loan simulator . Keep in mind this tool was created before the interest cessation was announced so will likely still reflect accrued interest.

-unemployment deferment. You can get this deferment if you are working less than 30 hours per week and actively seeking full time employment. Interest on subsidized loans is suspended during this deferment for non-federally held loans and on all federally held loans. You can receive this deferment for six months at a time for up to a total of 36 months over the life of the loan. Apply through the servicer who likely has the form on their website. This period of deferment will not count as payments made under the Public Service Loan Forgiveness program.

-Forbearance. This also postpones payments but interest accrues on all loans for non-federally held loans. Federally held loans will accrue no interest for at least the next six months. You can usually get this done right over the phone.

(Updated April 2, 2020) On March 25th, Congress passed legislation extending the COVID related forbearance on federally held loans to six months, ending September 30, 2020. This will be automatic on all eligible loans and the ED has stated that the waivers should be applied by April 10th. Autopay on these accounts will be automatically stopped. If a payment has been made between March 13th and the application of the waivers, borrowers may request a refund of that payment if they choose.

These periods of forbearance will count as payments made under the Public Service Loan Forgiveness program as well as loan rehabilitation for defaulted loans for borrowers eligible for those programs. It is unclear at this time if the borrower must still be working full time for an eligible employer for this period to count. We will update as further guidance is received.

For private loans I’m afraid there aren’t as many options. We think lenders will do what they can in the form of temporary forbearances or interest only payments for those that go past due but as of right now, they aren’t allowed to offer broader relief. If you have a private loan, my best advice is to call if you can’t afford your payments and see what they can offer.

One last thing – if you are currently enrolled in college, it’s possible the school could decide to call this semester a day and give everyone either a pass or fail based on their current grades. I know some schools here in Massachusetts are considering that option if they can’t easily implement distance learning. If that happens, it’s possible a new, earlier, out of school date will be provided to your loan holder. This normally wouldn’t be a big deal as the grace period on student loans is six months so assuming you are enrolled in the fall at least half time you never go into repayment – but those with a March out of school date are cutting it close and may end up due for a payment before starting classes again in the fall. For those graduating this year, instead of your first payment being due in November, it could be due in September. Don’t worry about it until we see what the schools do – but keep the timing in the back of your mind.

The Department of Education announced that collection activity will cease on defaulted federally held loans for 60 days. On March 25th, Congress passed legislation extending this relief until September 30, 2020. This includes all defaulted Direct Loans and federally held FFEL and Perkins loans. Your loan holder can tell you if your loans are federally held

This cessation includes tax refund and social security offsets as well as administrative wage garnishment. If your refund, SS or wages were offset after March 13th they will be returned to you. If the offset occurred prior to that date it will not. It is unclear at this time whether the borrower must request that refund.

Borrowers pursuing loan rehabilitation on federally held loans will see this waiver period count towards their 9 consecutive payments required to complete the rehabilitation program. We await further guidance on this provision.

For non-federally held defaulted FFEL loans, the Department of Education issued guidance on April 4th that collections would cease until September 30th, 2020. For defaulted Perkins loans, we expect that many collection agencies will offer similar waivers. We will update this post as we hear more definitively from those loan holders.